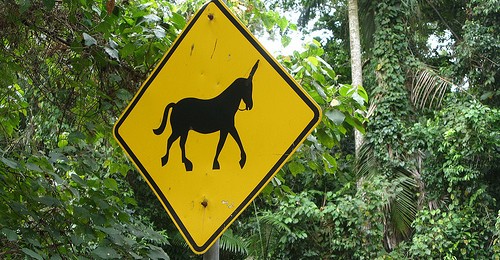 But is this a temporary bubble due to over-hyped capital markets or is it the beginning of a fundamental shift in how business is done?

While media attention has focussed a lot on whether this phenomena is a portend to the next dot-com crash, most defences to this have rested in arguments around financing and market demand, such as Andreessen Horowitz’s well-publicised defence.

While these are certainly true, and some of these unicorns have wildly successful business models already, some new entrants into the 10-digit club sound like some of the joke elevator pitches entrepreneurs use to diss other entrepreneur’s ideas: “It’s like Facebook for neighbourhoods”.

But the one thing in common amongst nearly all of these unicorns (with a notable exception in SpaceX) is that the core of their businesses are built around massively scalable platforms. It’s not possible to know if all of these operations are cloud-hosted, but it seems exceedingly unlikely that any company starting in the last five years that has a need for a massive, high-availability platform would have anything but a cloud-based vision.

If these start-ups are unicorns, then Amazon, Azure, Digital Ocean and the like can all be considered farriers to this species, as the business models were simply not viable to even attempt until cloud computing became mainstream.

For those experiments into web scale business in the past, huge upfront commitments of capital to businesses whose success (it was claimed) depended on scale led to what is now, of course, known as the dot-com bubble.

Pets.com remains the public poster-child for the dot-com crash, having burned through all of its USD300m investment in less than two years and going from IPO to liquidation in an amazing 268 days. Webvan was an even greater flop, chewing through USD396m, including a USD375m IPO while having total cumulative revenue of only USD395,000.

In both of these cases, investments were made on the promise of reaching some scale nirvana. In this heavenly realm, the infrastructure acquisition cost was to be such a barrier to entry that they would assure dominance of pet food and human food supplies until the end of time. Capital requirements were so large in both cases, in part, because they had to build out massive infrastructures to support the operations (though million-dollar Superbowl ads didn’t help).

Investors had no way of assessing the truth of assertions because the claim was that the market itself couldn’t even exist until these infrastructures were in place. The fears of every capitalist of being beaten to the market meant starting small, and dealing with the pains of growing naturally to reach the target size was not seen as an option.

Today, ideas such as an online home delivery service can be prototyped and evolved quickly and cheaply by ramen-eating twenty-somethings from a garage as they always could. The difference is the length of time they can iterate an prototype with practically no capital until they get traction or a job.

Once they have traction, the scale of penetration possible increases with both cloud services to generate demand, and in scaling up supply. The ability to match demand with supply dynamically means they have an increasing ability to go it alone for longer, potentially freeing them from the quarterly return driven nature of big business, giving more opportunity to nurture a new tech unicorn.

Manifestos like Eric Ries’ The Lean Startup, which serve as a bible to many start-up believers, also push a business approach that is more home in the cloud. They advocate rapid innovation and iteration that are completely at odds with the realities of managing physical infrastructure. And this is true even when the information on those devices is effectively the only product being sold.

Cloud infrastructure helps at scale as it takes at least one of the big logistical problems away from companies, giving more time and money to their core business model. But in terms of identifying how unicorns came to be, probably as important is how cloud adoption lets more ideas be attempted in the first place. The cloud farriers not only help small businesses become big business, they help big ideas become small businesses.

Why the blessing of tech unicorns will grow

Yes, the collective noun for unicorns really is a ‘blessing‘.

With the bloom in start-ups and the ability to scale up services, survival of the fittest dictates that the poor ideas, (or good ideas with poor execution) will be exposed well before multi-hundred-million dollar leaps of faith are required.

As importantly, internally, the organisation need not change anywhere near as much culturally. Moving from ten users to a thousand to a million requires vastly different organisations with physical infrastructure. In cloud operations today it’s increasingly just a matter of choice of design, software and paying the monthly bill.

The DevOps movement brings into place the practices that allow these logical architectures to be scaled to previously unimaginable degrees. Mobile device penetration both helps grow, and grows because of, the distributed nature of services in the cloud putting heavy workloads “somewhere out there”. It’s worth noting that 13 of the current unicorns are classed as ‘big data’ a category

We’re living proof of this. TestZoo would never have gotten off of the ground if we needed to put 1000 servers online before opening our gates. By taking our tools and processes from our client projects and scaling them up with a bit of cleverness (and trial-and-error) we avoid betting the farm. Without that need for an immediate return to cover the capital investment we can safely grow our service organically.

None of this is to say there won’t be loser unicorns.

However, compared to Webvan’s USD1,000,000,000 infrastructure order the modern-day unicorn equivalents (Delivery Hero, HelloFresh, Instacart and Blue Apron, amongst others) are playing a very different game. Minimised infrastructure costs, global market access, always on advertising, deep customer intelligence and order forms in the pockets of billions… it should be clear the winners will win big and that is why we get these cloud unicorn valuations.

In our opinion this far from a bubble and only the beginning of a new, more meritocratic, era in business. Expect the blessing to grow!

We use cookies to ensure that we give you the best experience on our website. If you continue to use this site we will assume that you are happy with it.Ok

How TestZoo Got Its Spots, a.k.a. “Why the stupid name?”

Our concept for TestZoo when it was conceived was simple, if ambitious: "all your tests, available … Continue reading How...